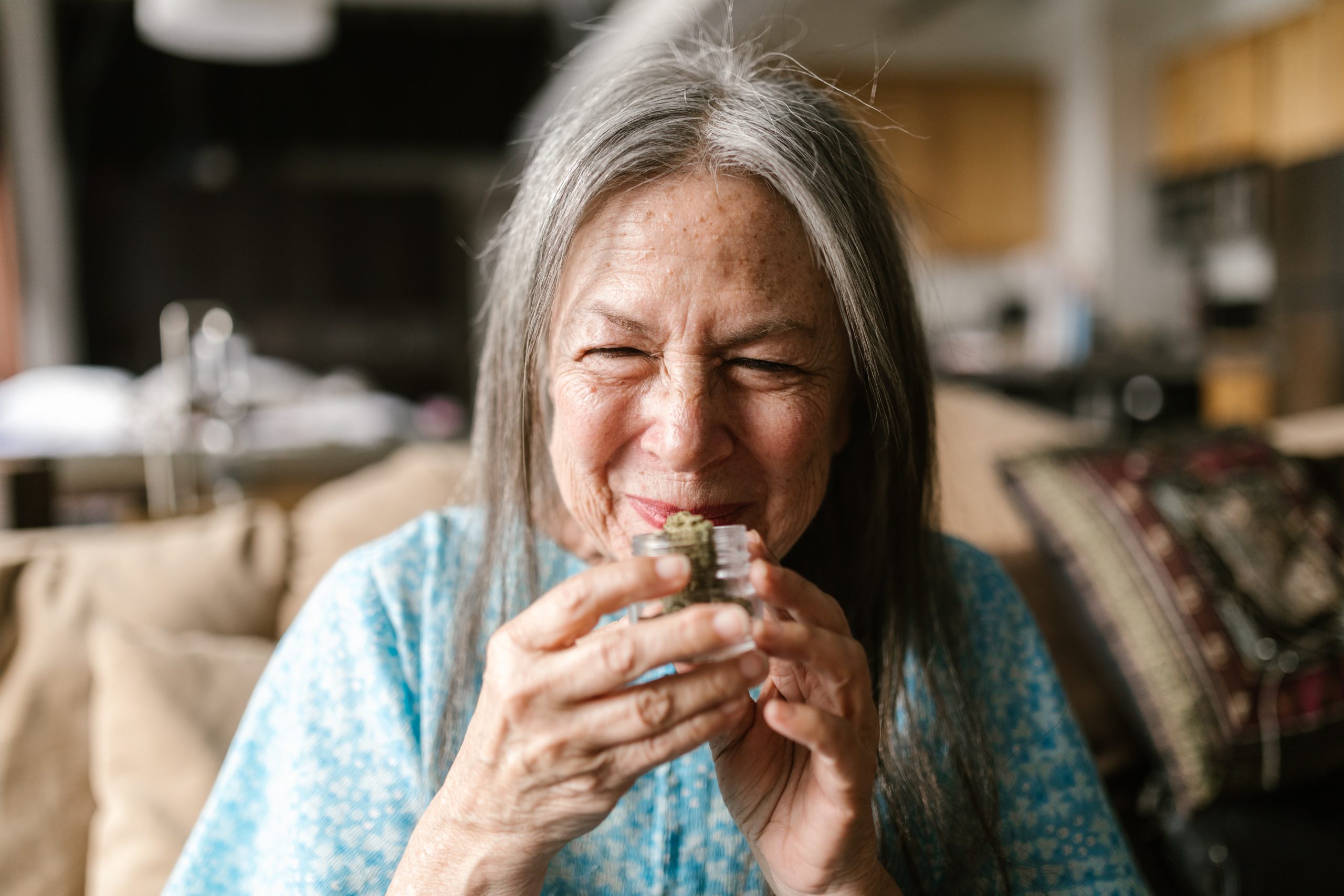 Smelling Cannabis Makes Us Smile… But Why?

There is something about the smell of cannabis that always puts a smile on the face of the smeller. Whether it’s the fruity smell from a Ceres Lemonesia or that stinky one from a John Sinclair Skunk, the smeller reacts. These smells always seem to sooth and tickle the body and mind simultaneously. Cannabis just smells great and the layered aromas are complex. And terpenes (terpenoids) play a great role in these wonderful, uplifting and mosaic smells.

Many plants naturally produce aromatic oils called terpenes (often abbreviated to terps). You know a few of these aromas very well such as rose, citrus, mint and pine. Plants do this among others for disease resistance, to recover from damage, to protect themselves from extreme temperatures and other environmental stressors, as protection against predators and to attract pollinators. The produced terps depend heavily on factors such as the climate, weather, soil type, age, and even the time of day of a plant. The terpene composition in a plant thus varies greatly, and looking at the genetics of the plant remains the best indicator of present terpenes. But influincing the levels of terpenes in a plant externally hence is possible.

Some people say terps form the largest and most diverse group of natural products on the globe. Because terpenes occur not only in plants but even in some animals and insects. And terps are useful not only for the flora and fauna but for us humans as well. Because our bodies need terps for some essential metabolic processes, for instance. For example, a commonly known terpenoid is beta-carotene that our body uses to make vitamin A. We use vitamin A, among others, for growth and to maintain optimal vision and neural development. Vitamin K (necessary for a.o. blood clotting) and vitamin E (necessary for a.o. reproduction) also partly are terpenoids. Additionally, the terpene squalene, also quite known, fills up the livers of some animals, and famously benefits us greatly. And this is just a small selection of examples, since we presently know over 8.000 different kinds of terpenes!

The hemp plant also makes many different kinds of natural terpenoids. Each variety of cannabis makes different amounts of terps and in varying combinations. As a result, they determine the unique smell and taste of each type of plant.

Currently we know over a hundred terpenes in the cannabis plant. The most commonly known terps in cannabis are linalool (also found in lavender, for example), pineen (brings the smell in pine trees, among others), limoneen (very well known, mostly as the main fragrance in citrus fruits), mycreen (as encountered in mangos) and beta-caryofylleen (giving rosemary its distinctive smell, for example). And each terp brings its own beneficial characteristics. But these traits depend a lot on the amount, and on other chemicals present. The variations thus are countless and give wildly varying outcomes. For example, tangerines and lemons both belong to the citrus family and contain the exact same terp, limoneen, but are very differently smelling fruits.

Furthermore, we know that terps do not get you high. But we also know that cannabis plants with the same amounts of THC and CBD can have different effects on the body. They even can taste differently. Terpenoids thus not only give each cannabis variety its unique aroma, but researchers believe that they also work together with the cannabinoids to consequently determine its unique effect.

Terps thus are wonderous substances and also very versatile. As said, for plants themselves, but for us humans too. We use natural terpenes in many different ways, for example, in inks and varnishes. Even in natural pesticides. But we also appropriate terps as fragrances and flavors in consumer products such as in food and drink products, as well as in perfumes and cosmetics. Terpenes are thus widely used for their aromatic qualities.

But that’s nowhere near all! Terps play a significant role in traditional medicine and herbal remedies. Aroma therapy is based on terpenes, for example. They also appear to be helpful with, among others, sleeping, appetite, seizures, pain, and boosting the immune system.

Moreover, some terpenes might specifically promote clearity, acuity and a higher focus, while others potentially give stress- and anxiety-relief and overall relaxation. For example, terpinolene is mostly found in uplifting, active strains like Sensi Seedbank’s Jack Herer and Dutch Passion’s Auto Durban Poison. And myrcene is found in many relaxing cannabis strains like Barney’s Farm Triple Cheese and Ceres’ White Indica. But this is very nuanced. As said, the aroma and effect of a terpene depend on the presence of other compounds, in hemp compounds such as CBD and THC. And unfortunately we not nearly know everything there is to know about these wonderful terps. Yet.

Your Animal Friend and Terps

Does your animal ever go crazy for a certain plant? It’s the terps it is reacting to! The aromatic influence of terpenes tickles not only our human brains and noses.

Limited research has been done into the therapeutic effect of terpenes on animals. However, the expected effects and benefits of terpenes for your loving friend reflect those for humans. So, terps do not get your animal high. And your animal also does not become dependend on terps. On the contrary, the same uplifting, focussing, painkilling or calming effects you experience may be expected when introducing terps to your animal.

However, beware that the used product is THC free, though, because there are some indicators that THC is toxic for animals. But do not worry, Hempshopper’s Terpene Products do not contain any THC. And be advised, always pay attention when giving your animal a new product. If your animal reacts poorly or refuses to take it, try a different terpene or maybe go a different route entirely. Do not force a terpene on your (fury) friend if s/he clearly doesn’t want it. Involve your vet in the process if you need guidance.

At Hempshopper, we add cannabis terpenes to oils, concentrates, e-liquids, and resins. Therefore you always find an appropriate method of consuming your desired amount of terps in a delicious way at Hempshopper. Whether you are on the road or relaxing in your home, Hempshopper offers you a suitable terpene option. Improve your life now by incorporating hemp in all its forms into your daily routine! 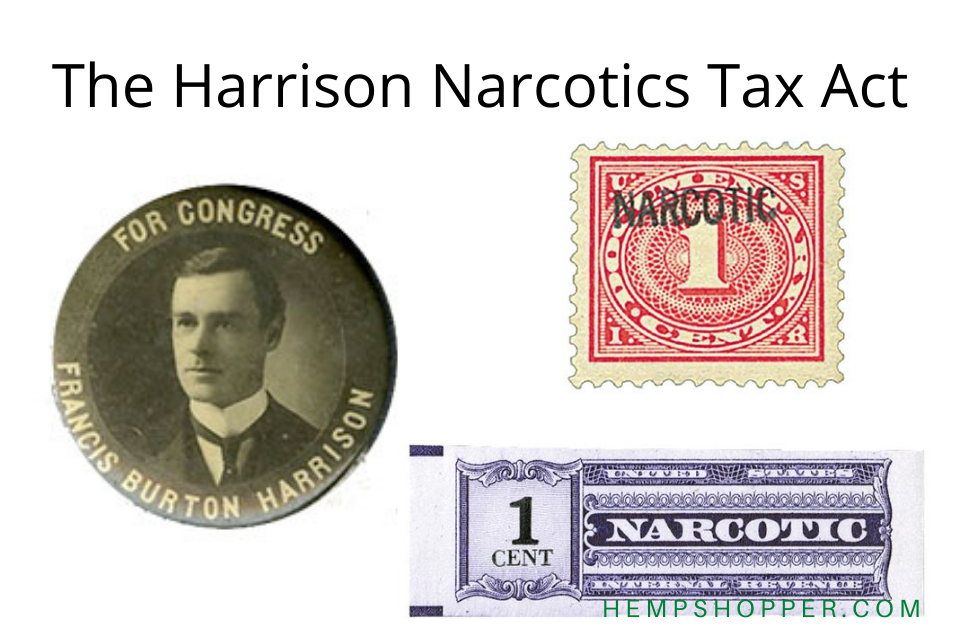 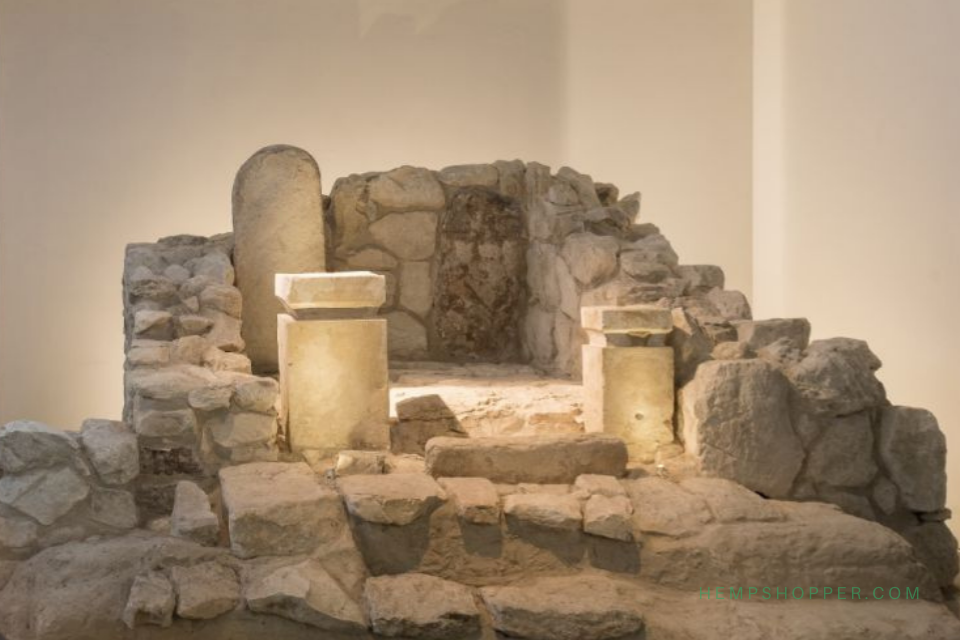 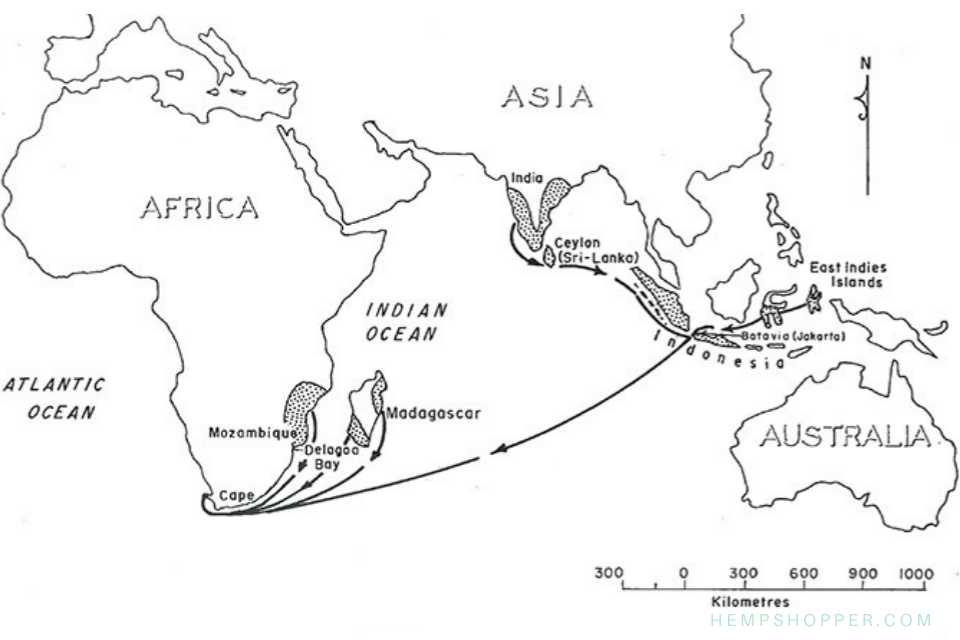 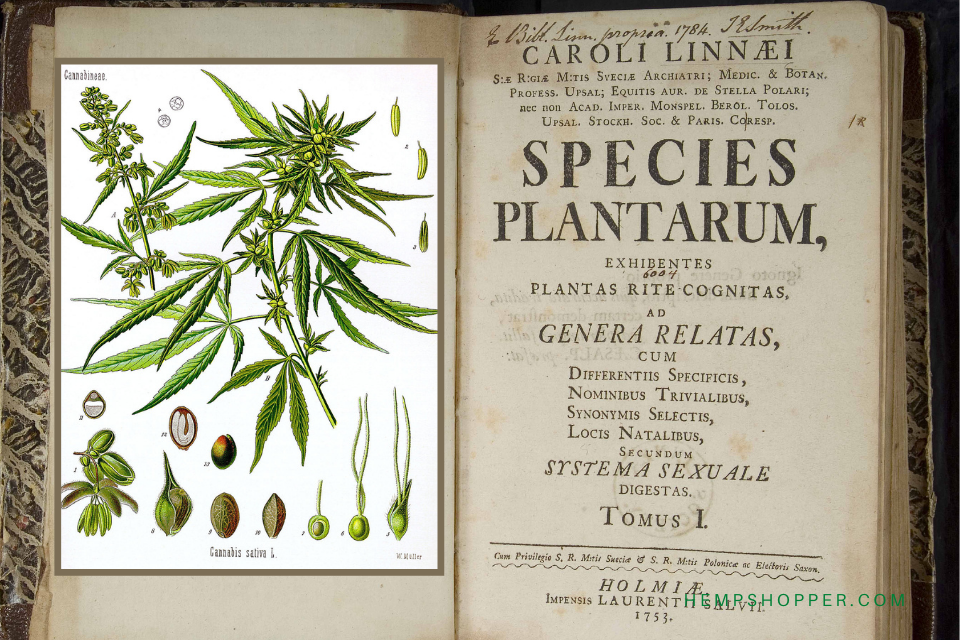 1753: Cannabis is given its botanical name 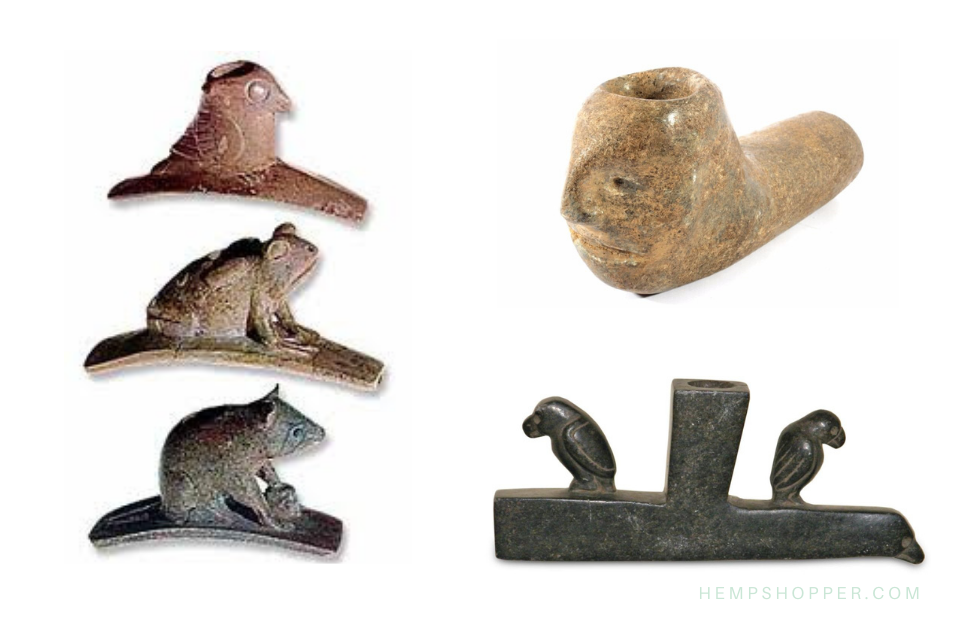 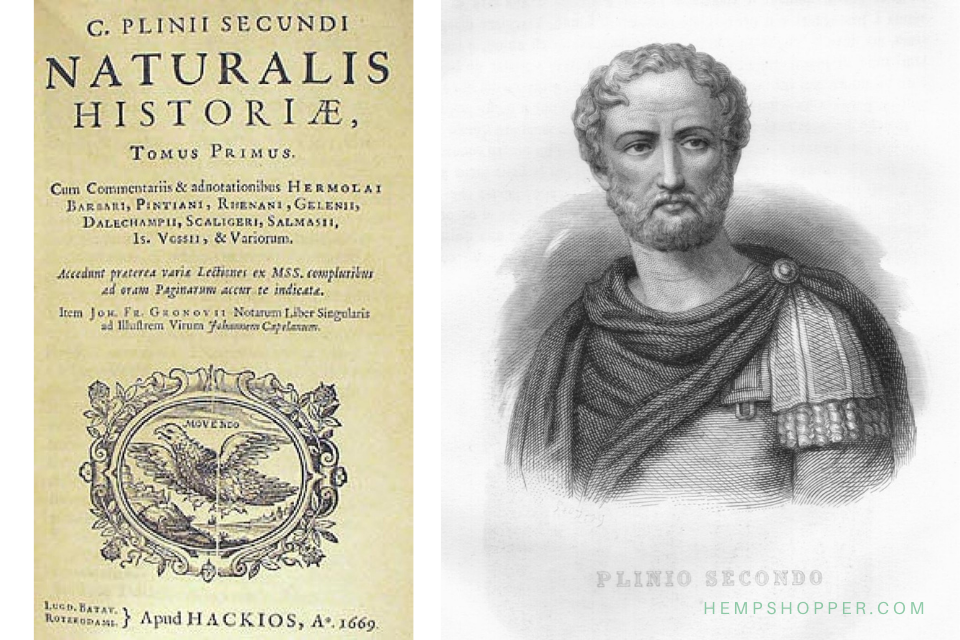 77 – 79 CE: Pliny the Elder describes the cultivation and the industrial and medical use of cannabis 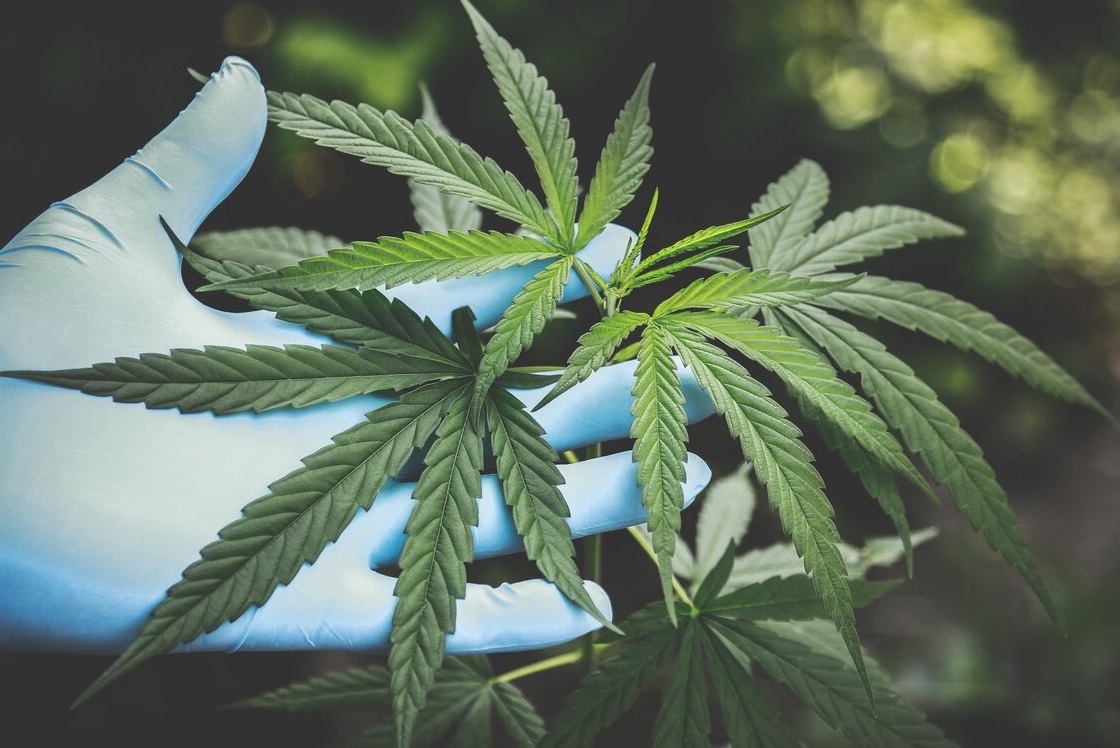